The University of Michigan has a clear and tangible impact on the Ann Arbor area economy in many ways. Sometimes, however, the impact of the University on our local economy is less obvious but nevertheless substantial.

The William Davidson Institute (WDI) at the University of Michigan is one example of a university institution that brings intangible benefits to our community. WDI brings our community into the world by sending out project teams who help to spur private sector development in emerging economies. Then when they return, they bring their experiences back to inform the university, and by extension, the local business communities.

With its staff of about 35 people, plus 19 Research Fellows, WDI partners with 50+ organizations around the world to create and apply sustainable business models in the private sector to support emerging market economies, thereby improving the health and welfare of citizens in those economies. WDI project fellows also bring back stories of these successful economic development practices, and these stories, in turn, shape and form the way we think about our role in the global economy.

WDI began at the University of Michigan in 1992 as an independent, non-profit research and educational organization focused on providing private-sector solutions in emerging markets. It is unique in that it combines academic research with hands-on development projects. Another distinctive is that from its beginning it focused its efforts on providing assistance to the private sector for economic development.

Paul Clyde is the president of WDI and the Tom Lantos Professor of Business Administration at the Ross School of Business. Prior to WDI, Clyde was the Academic Director of the Part-Time MBA Program at the Ross School of Business, where he also led the development of the Weekend MBA Program. And true to WDI form, Clyde has also actively advised or directed more than 50 healthcare projects in 12 different emerging markets.

“2017 is our 25th anniversary,” says Clyde. “We will be celebrating 25 years of work in these markets. WDI was unique when it started in 1992, shortly after the fall of the Berlin Wall. Many of the organizations that were working in this area at that time focused on policy issues surrounding the transition. WDI was unusual in that it focused on private sector development from the beginning. There still is a lot of policy work going on, of course, but 25 years later there are now a lot more organizations like WDI, who focus on the private sector as well.”

Recently, WDI has been able to see significant development in the countries that it serves. After steadily investing in private sector programs, its impact can be seen in clear positive outcomes in some economies.

“The part that is exciting is that we are at a point in history that is unlike any up until about 10 or so years ago,” says Clyde. “We are seeing real and significant progress in low and middle income countries around the world that we had not seen before. Looking at the past 100 years, especially the time period since World War II, there has been a lot of money poured into development without much by way of results until relatively recently.

“WDI’s role in this development is in working with the private sector to develop business models that are going to be profitable in those environments. In my mind, that is a very important role, because it is going to be the private sector that ultimately transitions these economies. We’ve observed dynamic changes in countries throughout the world. Over the past 20 years, you can see a much stronger and more productive private sector in these low and middle-income countries that have resulted in clear improvement in key measures, such as increases in per capita income and decreases in mortality rates. You generally are seeing healthier countries, and the impact from the growth in the private sector is considerable.

“The role we at WDI play in that growth is an important one. And because we’re both a research institute and an on-the-ground practicing institute, we get to see work from the beginning conceptual stage to execution. The organizations we get to interact with around the world are inspiring.”

“Interaction with the local Ann Arbor community is not strictly part of our mission,” says Clyde. “However, we do draw quite a bit from the local community, particularly from the university community, in the thinking that goes into designing and running these projects and the work that we do in these countries.” Clyde continues, “Over the course of a typical week I interact with three or four different schools or departments around campus in working with them on projects and exchanging ideas on what we’re doing. And the University of Michigan is unique in its ability to support WDI because it is so big and has so many different schools and departments that are top-notch departments that we can draw on for our projects.”

The emerging economy of Rwanda is a good example of a country that has benefited in part from WDI’s involvement on the ground. WDI began its work in Rwanda in 2006 with a capacity-building project for the School of Finance and Banking. And since 2008 WDI has partnered with Goldman Sachs in the 10,000 Women project, a program designed to help underprivileged women across Rwanda grow their small or medium-sized businesses.

Because of private sector growth and development, Rwanda has also experienced general economic and health improvements. According to the World Bank, annual per capita income in Rwanda, as measured in purchase power parity (PPP), almost doubled from $730 in 2003 to $1450 in 2013. Meanwhile, according to the Guardian, the child mortality rate fell almost 60% in that same period.

Fortunately, what happens in Rwanda doesn’t stay in Rwanda. Successful projects like 10,000 Women with Goldman Sachs bring more partnering opportunities for WDI with other organizations. The program also brings back case studies and stories of how entrepreneurialism and private sector growth can directly benefit the country as a whole, a message that is a reminder for those who want to see a thriving Ann Arbor area economy.

Ann Arbor resident Matt Brown has traveled to Rwanda regularly since 2009 as part of the 10,000 Women project. Brown is a Management and Organization faculty member at UM’s Ross School of Business who also conducts his own consulting projects in the Ann Arbor area.

According to Brown, his time in Rwanda through WDI led to some important lessons on entrepreneurialism and business development that he can bring back to impact our local economy.

“We have a lot to learn from these women business owners,” says Brown, “because they embody the very spirit of new venture creation and have found a way to escape the fatigue and exhaustion that seems to haunt many domestic entrepreneurs in the U.S. If only I could teach my own students in the U.S. how to manage their own business development the way the Rwandan women—with such scarce resources– approach their commercial activities, they might all fare quite well. Perhaps they might even learn how singing and dancing along the way helps you rekindle the joy of the journey.”

WDI founder Bill Davidson would be pleased to see WDI’s impact. Detroit-born Davidson received his undergraduate business degree from the University of Michigan in 1947 and went on to be CEO of Guardian Industries Corporation, a partner with the Detroit Pistons, and a majority owner of the Palace Sports and Entertainment. He has given over $200 million to local charities and universities.

Davidson’s $30 million gift to start WDI as an institute at the University of Michigan was a visionary effort to support the global economic transformation taking place at the time. His desire for the Institute was for it to “forge a path for those responsible for economic change in these emerging markets – that it will give them the knowledge, the methods, and the blueprints for a successful transition to a market economy.”

“We are not just educators, administrators, or businessmen,” said Davidson. “We are co-workers for the cause of economic and social freedom.”

Davidson vision of private sector impact is embedded in the Institute’s mission and will continue to steer WDI in the future.

“Bill Davidson had foresight that others did not have. WDI was initially set up to work with transition economies, and we have since expanded to all lower and middle income countries. In 2016, we focused our approach into some specific areas, such as health care, education, and finance.

Clyde is excited about WDI’s mission and expects to see continued growth in supporting the private sector in developing countries. 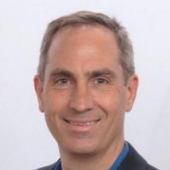 Why Your Customer Service Team Should Be Upselling